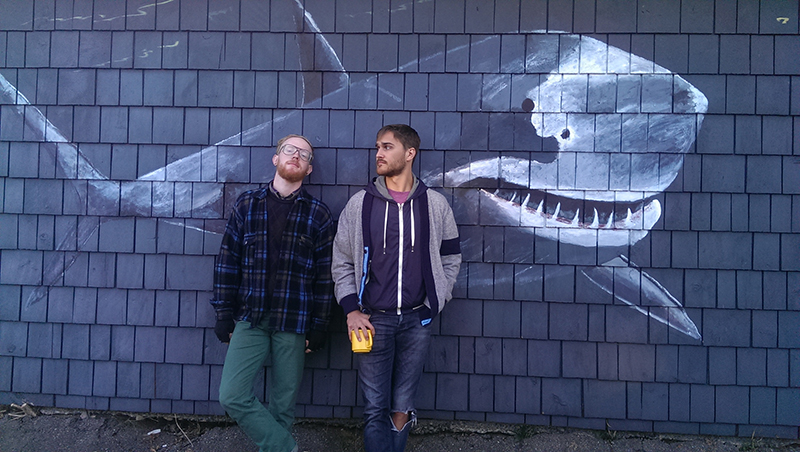 In the summer of 2013, I called my friend Garth Covernton and asked him if he wanted to record an album with me. Just the two of us, Biology graduates, with a mutual taste for sizzled pop music and 400 pound drum beats. 3 weeks later, we were done writing; 1 month later, we were done recording. Fresh from the haunting words of the late Lou Reed, we decided to add bass lines, keyboards, and other textures. Next thing we knew, engineer Jesse Gander (Japandroids, White Lung) was turning our recordings into sonic monstrosities, blending sounds beyond our wildest dreams. Call it “Better Weather”, equal parts psychedelic pop and garage rock; as long as we’re both smiling 30 seconds into a new idea, it doesn’t matter. We are Reef Shark.