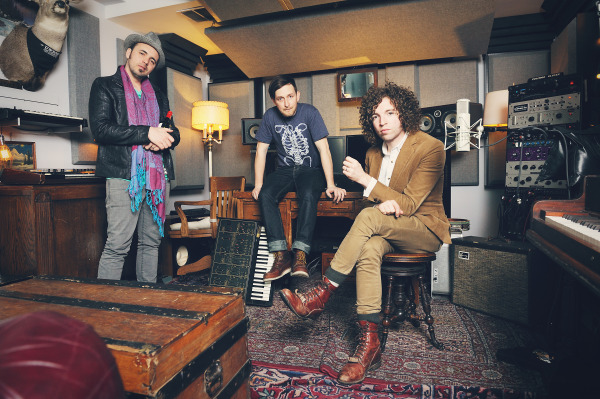 To crib a line from The Hitchhiker’s Guide to the Galaxy, Canada is big. Really big. If you tried to draw a chalk line joining the birthplaces of Hawksley Workman, Steve Bays (Hot Hot Heat), and Ryan Dahle (Limblifter)—all of them prominently Canadian, all from separate corners of this enormous country—well, you couldn’t. It’s too big.

Here’s another thing that’s BIG: “Headphones”, the deliriously catchy first single from Mounties, a band that started as a chance meeting between the three men at the 2009 Juno Awards, and became a spectacular, improvised two week recording session three years later. Accompanied by a bizarre, homemade video assembled by Bays himself, the casually brilliant single reached #9 at Alternative Radio and #12 at Modern Rock (BDS), while clearing the path

and prepping the troops for live appearances and the release of their debut album, Thrash Rock Legacy.