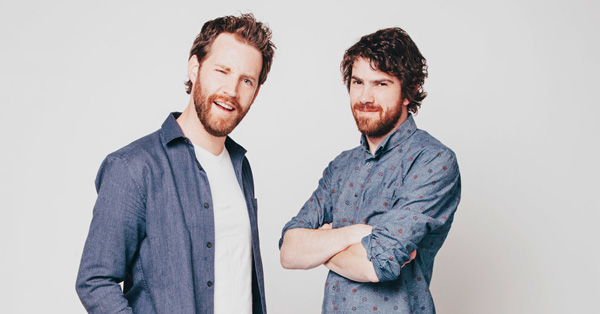 “With a name like The Harpoonist & The Axe Murderer, you might be forgiven for thinking that the Vancouver-based duo is some sort of concept group based on a hypothetical love story between Captain Ahab and Lizzie Borden.” (Chris Oke, Yukon News)

In reality, Shawn ‘The Harpoonist’ Hall and Matthew ‘The Axe Murderer’ Rogers evoke much more than just grisly nautical imagery. Armed with an arsenal of harmonicas, a mess of foot percussion, and a road-worn Telecaster, the duo kick out raw and primal blues in the tradition of a “decades-deep blues style” (Scott Brown, What’s up Yukon), while infusing the genre with a jolt of renewed energy.

The duo has no plans to slow down after their hectic summer of festival-hopping. They’re on a continuing journey, constantly finding inspiration from musicians they meet or collaborate with. These encounters challenge them to deepen their songwriting and to keep performing with their trademark fervor and honesty. And the result? As one fan put it, is “blues that gets you in the crotch”