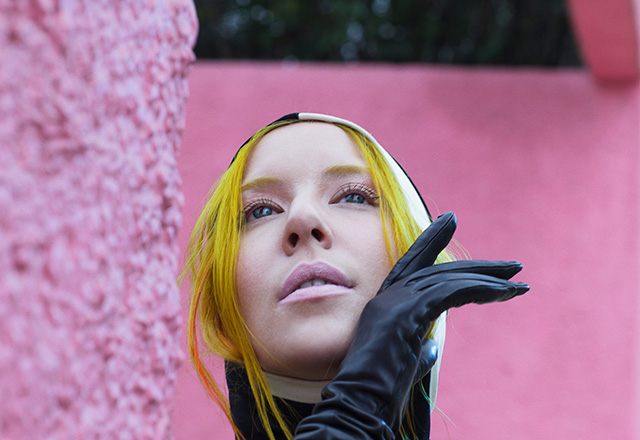 Future Politics, Austra’s third, and most ambitious album to date, calls for radical hope: “a commitment to replace the approaching dystopia,” says Katie Stelmanis, who leads Austra with the support of Maya Postepski (Princess Century, TR/ST), Dorian Wolf, and Ryan Wonsiak. Future Politics is a collection of urgent, but disciplined anthems for dancefloor and headphones.

Stelmanis, wrote, produced and engineered the album, with Postepski adding production on half the tracks. Its haunting first single, “Utopia,” is heart-filling, irresistible pop that feels pulled from the air. “Freepower” deals with the paradox of a physical world in peril while our collective consciousness evolves—there is no denying our reliance on each other and the systems we invent.

In Mexico, Stelmanis was introduced “to a whole generation of Latin American producers who are mixing traditional folk music with techno beats. It’s an underground revolution rooted in the preservation and celebration of Latin American indigenous cultures, and also Latin American independence from the USA—very similar to what A Tribe Called Red is doing in Canada.” Inspiration also came from European club culture—Objekt, Peter Van Hoesen, Lena Willikens, and ‘90s legends like Massive Attack; in all, artists who understand the dancefloor as a source of radical ideas and radical joy.