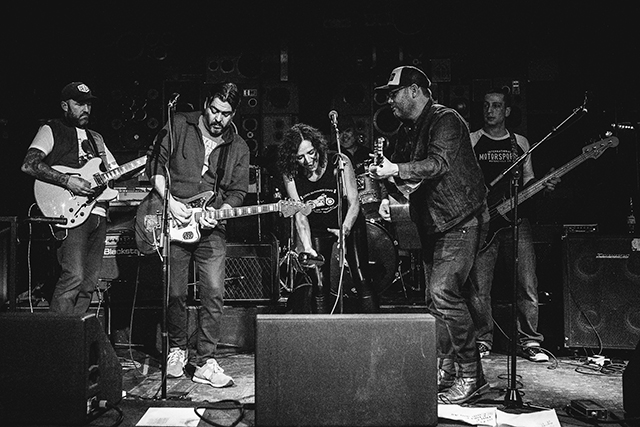 We’re a Vancouver based canadian band that plays rock, folk, latin and sometimes we get funky.

It all started in early summer of 2012 during lots of fun beach jams where we played to many beautiful sunsets and underneath the stars. This led us to creating a strong friendship between us and realized we shared a strong passion to make music while having tons of laughs, always. When autumn arrived to Raincouver, we still wanted to keep the magic going and so we moved into different jam spaces where we kept on keeping on for the following couple of years, switching from the beach to indoor jam spaces in between the seasons. Early in 2015 suddenly this recurring cast of musical characters started to sound like a band and so we decided to record an EP live of the floor at Armoury Studios. We realized we wanted to share our joy of making music with other people and so we started playing in different venues in downtown Vancouver like Studio Records, The Roxy and The Media Club where the story of BANDiDA keeps making itself.