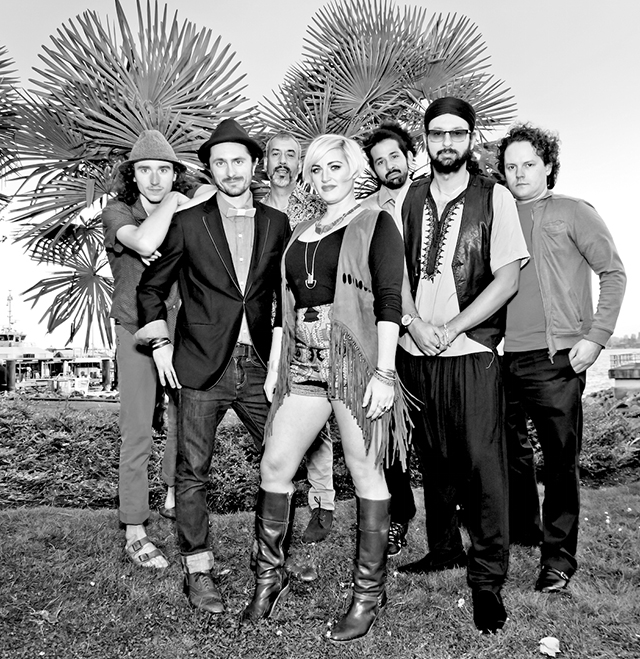 Coco Jafro is a hard hitting force to be reckoned with, unifying the masses with their electrified, funky global rhythms. They bring together the schools of Funk, Soul, Jazz and Afro-beat providing a unique sound that flows from a foundation of deep set grooves. Moroccan born, lead guitarist Amine Said’s musical roots provide an exclusive sound with the proven power to instantly synchronize your soul forcing the crowd to bend and sway.