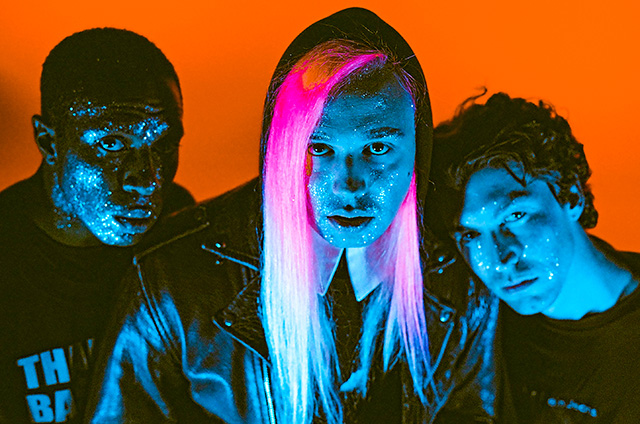 Having topped Canadian radio charts and having earned an international following under the name Fake Shark – Real Zombie!, this beloved Vancouver band has started anew. Now known simply as Fake Shark, the group will release the new full-length Faux Real through Light Organ Records in summer 2017.

The members of Fake Shark have long been known for their singular style and feverish, wide-eyed abandon. With this latest step in their career, they’ve learned to harness that anything-goes energy in order to deliver the catchiest songs possible. Now that they’ve killed the real zombie, Fake Shark is more alive than ever.