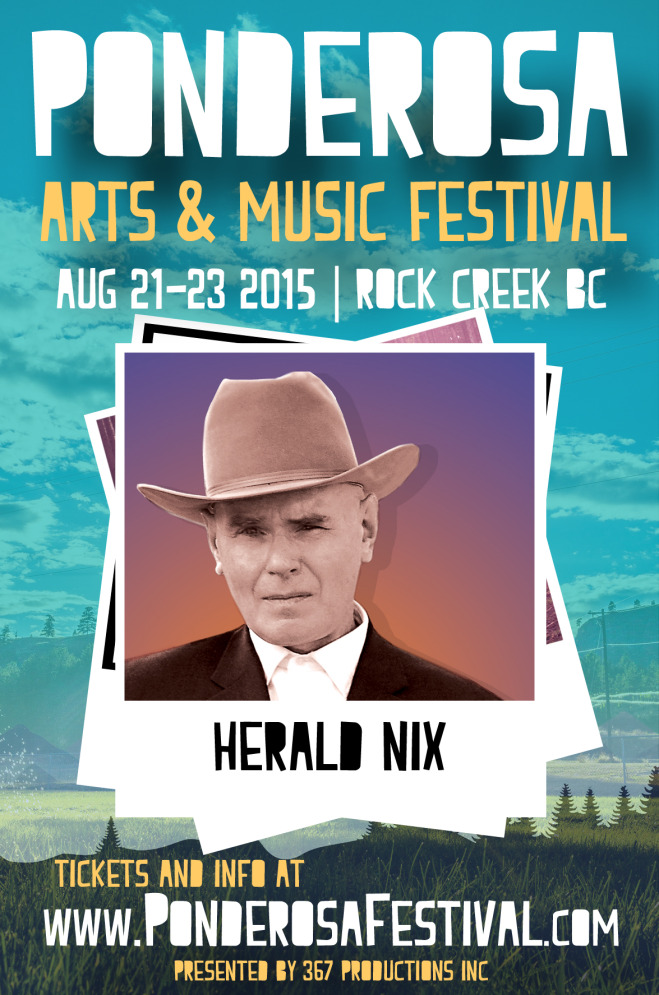 Herald Nix is a legend in the underground Canadian country world and a man whose music makes the perfect soundtrack to a crackling campfire under the stars, floating down a river, or laying in the grass watching the clouds roll by. Read: a perfect fit for Ponderosa, where he’ll stomp boots on stage on day three (Sunday, August 23). Get primed for his show with a sampling of tracks here and read on for some of his own musings about summertime and the great outdoors.

Have you ever been camping before?
Oh, yeah, I love it. Adam’s Lake.

What band are you most looking forward to seeing?
It’s hard to choose. The lineup is great.

What game do you think you and your band’s cabin would have schooled all the other bands at in summer camp? (e.g. archery, lapidary, orienteering, kayaking, etc)
Solitaire.

Who’s the dream band/singer you’d want to be the big surprise performer at the talent show on the last night of summer camp?
Lefty Frizzell, but he’s dead. Charlie Patton, but he died in 1933

What’s the album your parents are playing in the car that you’re pretending to zone out with your headphones on in the back seat, but are actually loving so much?
Nirvana.

Moonrise Kingdom, the Great Outdoors, or Addams Family Values (the one where Wednesday burns down Camp Chippewa)? Why?
Moonrise Kingdom. You can’t beat Wes Anderson.