Summer’s here and the 2016 edition of Ponderosa is less than a month away. If you’re like us, you’ve been making memories a-plenty already and probably pretty jazzed that the festival is soon to be part of those. Imagine how awesome that “What I Did on My Summer Vacation” essay on the first day of school would be if you had a weekend packed with river-floatin’, fresh-fruit eatin’, and tons of music listenin’ including Black Mountain, Saturday night headliners, and first feature band on our Summer Vacation Interrogation. It’d be a fresh essay, but on the other hand, you’re probably not returning to eighth grade this year, which is also pretty fresh.
Between a slough of tour dates in Europe and North America in support of their latest album IV, Black Mountain drummer and keyboardist Josh Wells talked with our very own Laurel Borrowman about summer trippin’ in the world of psych rockers extraordinaire, Black Mountain. 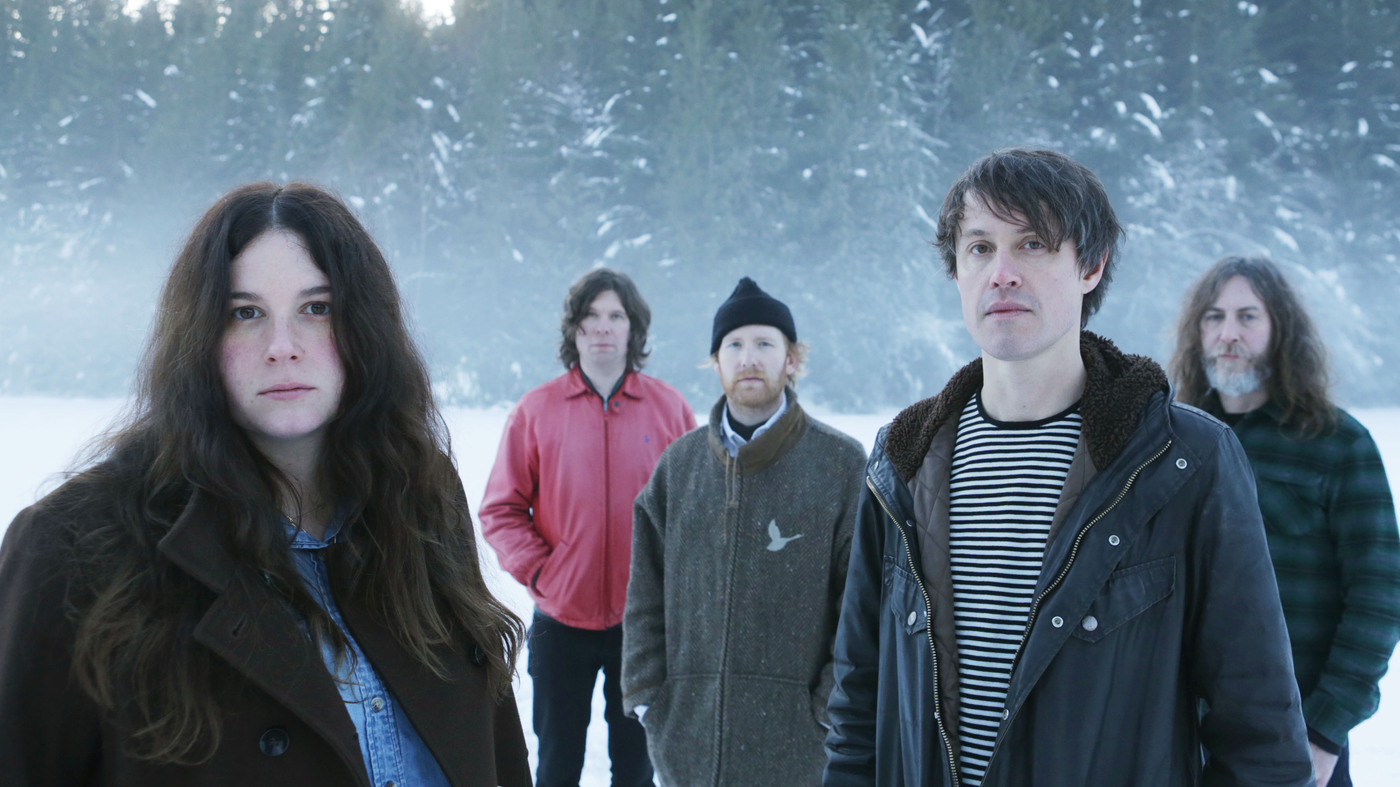 LB: Have you been to Ponderosa before? If yes, let’s hear a good memory (or three). If not, what do you know about Ponderosa and what are you expecting?

JW: We’ve never been. I expect sunshine and Crows’ Nest beauty. Looking forward to jumping in the river!

LB: What band(s) are you most looking forward to seeing? Why’s that?

JW: Dada Plan for good weird times with friends and dystopian jams that will leave you wondering where you are. Timber Timbre for intense feelings of obsession with creaky strings. Louise Burns because of her goth flourishes and dapper backing band.

LB: What’s your favourite woodland creature? Any reason for that one?

JW: Chipmunks. They’re the cutest and they’re always hanging ’cause they want your food.

LB: Have you ever been camping before? If so, tell us about one of your adventures in the great outdoors. If not, what do you think is in store for you and your tent?

JW: I love camping. Mostly not for adventures per se these days, but for the peace. I’ve found that one needs at least three days to fully unwind; to lose the restless feeling and just be. In the past I had a secret spot that me and a group of friends used to camp at at least once a year. It was a renegade spot, somewhere in BC, that wasn’t legal. We would go and do psychedelic drugs and hike up a mountain and jump off rocks into the ocean. It was a great time. Glad I didn’t die doing stupid stuff!

LB: What game do you think you and your band’s cabin would have schooled all the other bands at in summer camp? (i.e. Archery, lapidary, canoeing, obstacle course, etc)

LB: Who’s the dream band/singer you’d want to be the big surprise performer at the talent show on the last night of summer camp?

JW: Bowie/Prince/Alan Vega mega spirit jam from the other side.

LB: Moonrise Kingdom, the Great Outdoors, Meatballs, or Addams Family Values (the one where Wednesday burns down Camp Chippewa)? (Or something totally different.) Why?

JW: The Great Outdoors by a landslide. Why? JOHN CANDY, motherfucker!

JW: Both, cause you gotta keep em guessing.