Summer Vacation Interrogation with The Harpoonist & The Axe Murderer

At some festivals, once you’re three days deep in musical euphoria and friends, you might feel exhausted. You might feel like you need another vacation. You might feel like you need mellifluous lullabies in place of rip roaring rock’n’roll. But Ponderosa is not your standard music festival and come Sunday evening when our 2016 instalment comes to a close, we think that the best thing we could subject your ears to is “blues that gets you in the crotch.” Enter The Harpoonist And The Axe Murderer.

The blues duo from Vancouver are now in their tenth year of playing music together and as one of the acts booked for last year’s unfortunately cancelled event, we’re pretty pumped that they’ve signed up for another round. Before catching their foot-stompingly gritty sunset set on Sunday, August 21, at 9 p.m. on the Ponderosa Stage, read on to learn a bit more about the summer adventures, summer tunes, choices of water entrance, and more from the Harpoonist half of the pair — Shawn Hall. 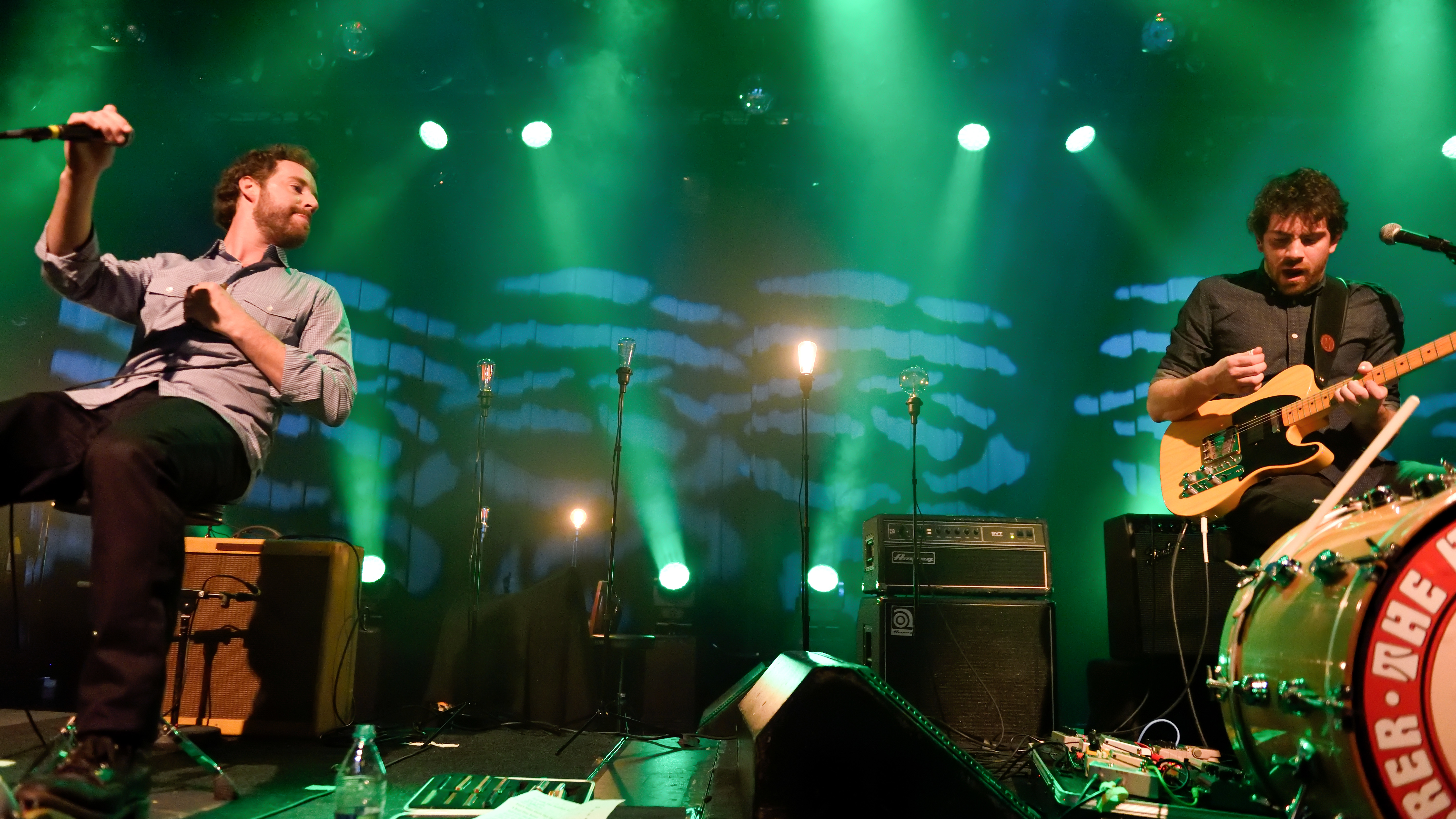 Laurel Borrowman: What do you know about Ponderosa and what are you expecting?

Shawn Hall: I know small and large critters like to frolic in the summer fun there.

LB: What band are you most looking forward to seeing?

LB: Have you ever been camping before? If so, tell us about one of your adventures in the great outdoors. If not, what do you think is in store for you and your tent?

SH: I took my family camping to Strathcona Park before my youngest could walk, seeing as it was pretty cold we put him in our hatchback every night for bedtime. Poor guy had no idea what we were doing to him.
LB: What game do you think you and your band’s cabin would have schooled all the other bands at in summer camp? (i.e. Archery, lapidary, canoeing, obstacle course, etc)

SH: None of the above. Water skiing

LB: Who’s the dream band/singer you’d want to be the big surprise performer at the talent show on the last night of summer camp?
SH: George Michael.
LB: What’s the album your parents played in the car that when you hear now will always remind of driving somewhere in the car with your parents?
SH: The Parachute Club

LB: Moonrise Kingdom, the Great Outdoors, Meatballs, or Addams Family Values (the one where Wednesday burns down Camp Chippewa)? (Or something totally different.) Why?
SH: The Great Outdoors. John Candy is unbeatable.
LB: Swan dive or cannon ball? Why?

SH: Cannonball. The bigger the entrance, the more memorable the moment.

SH: Pool noodle, because you can do weird acrobatic moves

LB: What’s the mainstay of your summer wardrobe?

SH: Rings and leather bands. And this Kellen Saip foam and mesh hat that I can’t seem to shake. He’s a singer from Vancouver.

SH: Love the fact that The National just released a 50 song tribute to the Grateful Dead by just about every artist under the sun from Phosphorescent to Unknown Mortal Orchestra. It’s mind blowing how huge that task must have been and how far and wide the influence of the Dead still are 50 years later.