A sound as big and bombastic as that made by the Pack a.d. would suggest the band is made up of a bunch of people. Some might think a gang. Or a pack, even. On the contrary, the grunge rock group is simply made up of two humans who make big music. Becky Black and Maya Miller, the two humans behind the Pack a.d. have been making sweet sweet music together for over 10 years, and we’re pleased as punch to bring them to Ponderosa this year.

While you may be familiar with the Vancouver duo’s brand of hard-hitting grunge rock, you may not be familiar with their brand of summering, which we think only adds to their appeal. So read on to learn more about the Pack a.d.’s favourites when it comes to summer-themed woodland creatures, swimming etiquette, movies, and more. And then come check them out live and direct on Saturday, August 20, at this year’s big event. 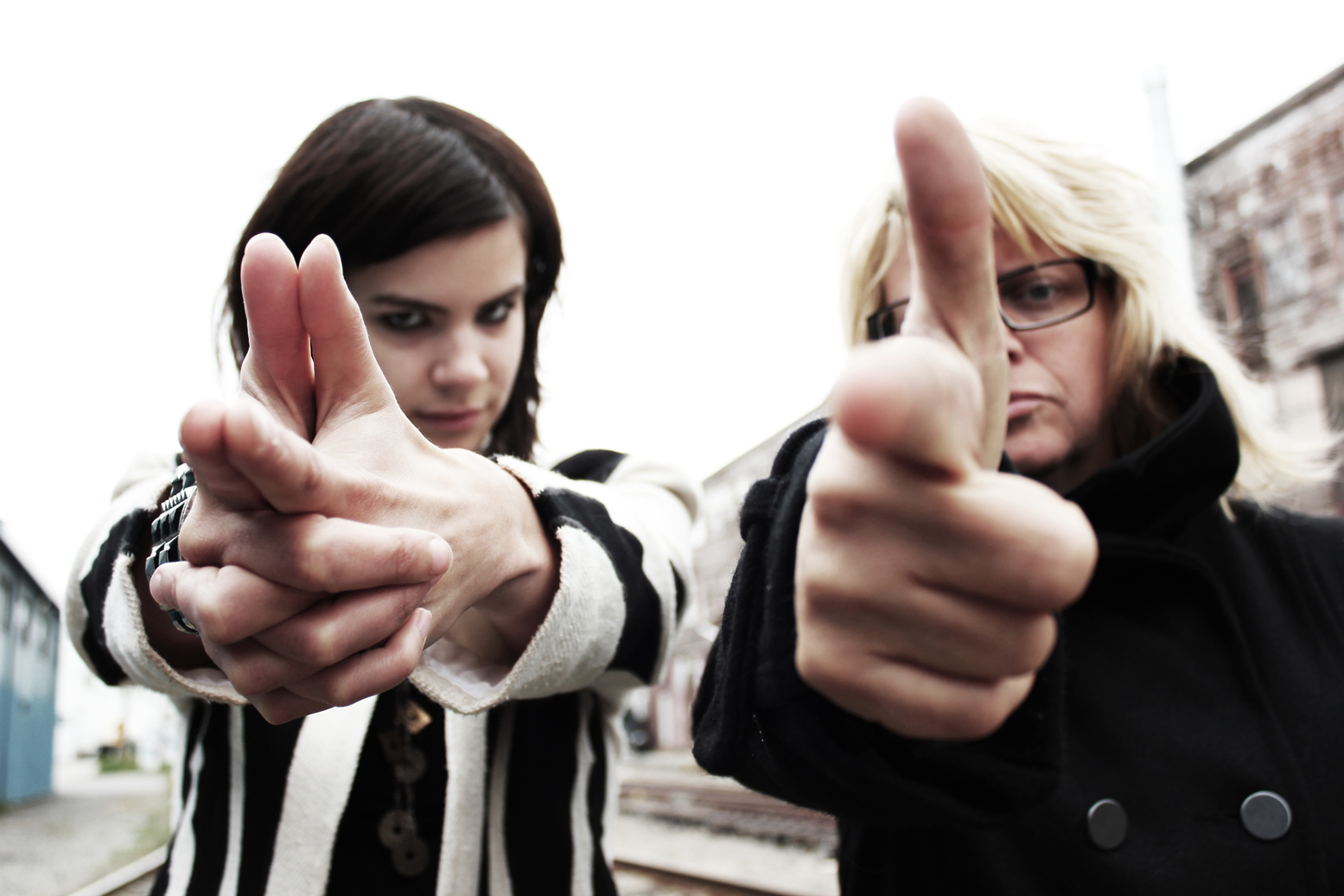 LB: This is your first time to Ponderosa! What do you know about the fest and what are you expecting?
Maya Miller: This will be the very first time, though we have driven past the location many times. I am expecting nothing but good times and good vibes.

LB: What band(s) are you most looking forward to seeing? Why’s that?
MM: Black Mountain, because it’s always nice to see people you know, when it’s been 10 million years in between the last hang out. Also, everybody.

LB: What’s your favourite woodland creature? Any reason for that one?
MM: Eliza Dushku in Wrong Turn. Also, Gollum, because obviously.

LB: So you’ve been camping before! Tell us about one of your adventures in the great outdoors.
MM: Yes, I have been camping. In someone else’s tent. Does that count? Mosquitos like me. I can’t say I feel the same.

LB: What game do you think you and your band’s cabin would have schooled all the other bands at in summer camp? (i.e. Archery, lapidary, canoeing, obstacle course, etc)
MM: Oh, now I’m in a cabin? Probably wearing our clothes backwards. That’s a game right?

LB: Who’s the dream band/singer you’d want to be the big surprise performer at the talent show on the last night of summer camp?
MM: Chubby Checker or possibly Frankie Valli.

LB: What’s the album your parents played in the car that when you hear now will always remind of driving somewhere in the car with your parents?
MM: Enigma, MCMXC a.D.

LB: Moonrise Kingdom, the Great Outdoors, Meatballs, or Addams Family Values (the one where Wednesday burns down Camp Chippewa)? (Or something totally different.) Why?
MM: In a way, there was camping on Hoth in Empire Strikes Back, like when Han and Luke camped inside the tauntaun. I would pick that because they were on Hoth and camped inside a tauntaun.

LB: Swan dive or cannon ball? Why?
MM: I can’t swim so if you’re asking me which potentially traumatizing activity I would choose, I would pick cannon ball because it sounds like I could wear a helmet.

LB: Pool noodle or inner tube? Why?
MM: Pool noodle. Sounds like a really big ramen bowl. So, yes, please, and can I bring my brother? He really likes ramen.

LB: What’s the mainstay of your summer wardrobe?
MM: Pants and suit jacket. I don’t believe in summer.